Australian gardens have displayed the beauty and fragrance of Roses since Europeans began occupying the land. There are over 300 Rose species and thousands of cultivar varieties to choose from.

Roses have been referenced in literature over the ages representing emotions and passions in tales such as ‘Beauty and the Beast’, ‘Snow White and Red Rose’ & ‘Sleeping Beauty’.

The Rose fragrance was adored by the Ancients:  Greeks, Indian and Egyptian peoples using Rose Pomades, and myriads of perfumes and scented oils bases on the Rose.

Seeking Roses Indigenous to Australian revealed Gungurru (The Bush Rose), endemic to Gnaala Karla Boodja region, Southwest of Western Australia. The Gungurru is found in “granite outcrops, succeeding in sands, sandy loams and some clays as well as in areas of low rainfall.
The species is hermaphrodite (has both male and female organs) and is pollinated by Bees.
It is noted for attracting wildlife”.(1) 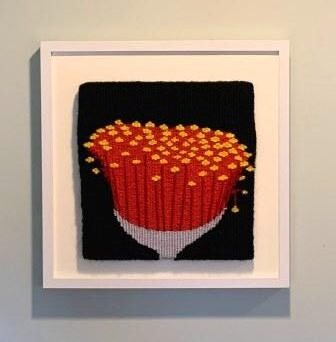